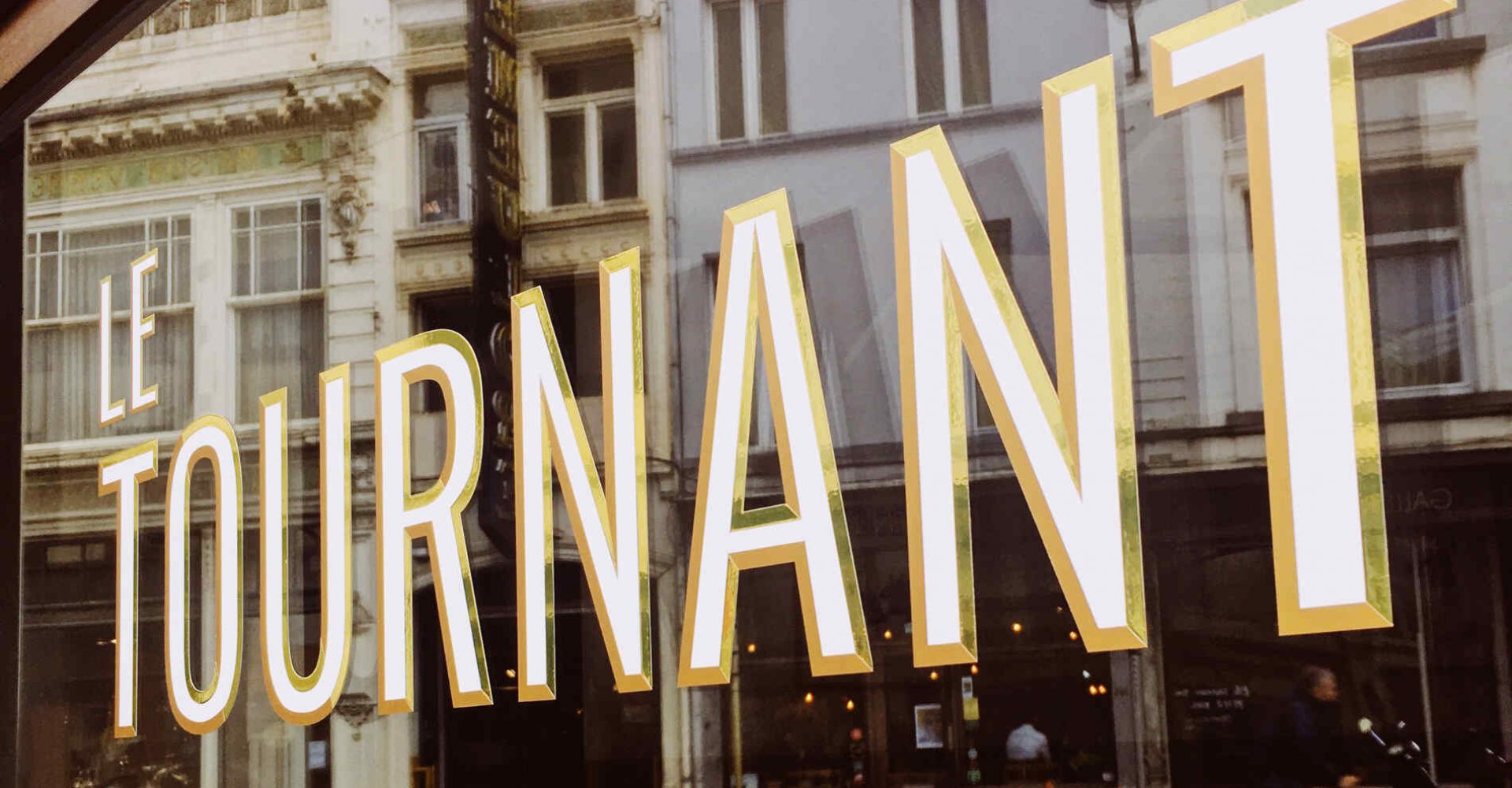 LE TOURNANT IS A DOUBLE LOVE STORY, FIRST WITH MY WIFE VIRGINIE MESSIAEN, THEN WITH THE RESTAURANT ITSELF.

It all began in 2000, I was working in the film industry and I fell in love with Virginie. One evening, she took me to Le Tournant and since then, I have never left neither of them!

At the time, the restaurant was run by Michel and it became our canteen: at least 3 times a week. We used to enjoy a cuisine open to the world, filled with travel, spices and gourmet anecdotes. I like that he loved to pay tribute to

grandmothers’ dishes, these stews that nobody takes the time to cook anymore.

As a regular, he naturally asked me if I wanted to take over Le Tournant in 2004. At the time, I had 0 experience in the gastronomy field, but the idea remained in a corner of my head. 8 years later, at 40 years old, I decided to launch myself into my passion, cooking. I therefore started a training course at CERIA and did my internship at Le Tournant, of course.

In the meantime, the restaurant had been taken over in the same spirit by Philippe and Vivien, the founders of the Titulus wine cellar, who now wanted to concentrate on their activity as a natural wine shop. In 2012, while I was still busy finalizing my training, I took over Le Tournant.

I put my personality into it, but I kept what I liked so much since the beginning: the love for beautiful products, the slow-cooked dishes, the warm atmosphere without fuss. I developed a tasteful, French-Belgian cuisine, simply classic, but perfectly mastered with seasonal products, mostly local and from small producers, without forgetting Le Tournant touch. Attentive to accessibility, I deeply believe that good food and good drink must be accessible to all.

Because together we can go further than alone, I decided to surround myself; that’s where the magic happens, the community around the same passion. Kamilia and Kevin have both been working with me for several years and I couldn’t be luckier. They put their heart and soul into it. Together, we are constantly evolving and it is also thanks to them that we can now offer a unique and complete experience at Le Tournant. From the cellar to the plate, everything is thought out and considered for epicureans and life’s enjoyers. In 2019, our involvement and investments are rewarded by the Gault&Millau Plaisir award, followed by the Bib Gourmand in 2021 which rewards establishments that have an excellent quality/price/pleasure ratio; a consecration for the whole team!

Nearly 10 years later, I am already dreaming of the many years to come, of our constantly evolving cuisine, of this place that is so dear to me and its warm atmosphere…

See you soon at Le Tournant,